ST, Author at Antique Tractor Blog - Page 3 of 149
You are here: Home / Archives for ST

This week we had two more Steiner employees celebrating their 10 years of service at Steiner Tractor Parts.

Brandi Erickson received her 10 year anniversary clock on September 24th. Brandi has worked in the customer service department for 10 years. Brandi is also the dealer customer service representative for our VIP dealers helping them with their orders and special requests. Thank you Brandi for your commitment to a job well done.

Randy Fenner received his 10 year anniversary clock on September 27th. Randy has worked behind the counter in our store for 10 years helping our customers with their orders and sharing his tractor knowledge. Thank you Randy for your commitment to a job well done.

Everyone gathered around today to say thank you and congratulations to Zach Slagor for 10 years service at Steiner Tractor Parts.

Zach started in our shipping department 10 years ago and is now a member of our Quality Control team. Thank you Zach for your commitment to a job well done.

I am submitting this information and these photos on behalf of my Grandfather. He has worked hard his entire life to help provide for his family. He stops at nothing to give everyone the very best of him.

My name is William H. Patterson (also known as Cotton Patterson.) I am a 77 year old resident of Clay County, Alabama. I have been working in the fields and maintaining gardens since I was old enough to hold a tool and differentiate between a weed and a crop. I started at five years old and used mules until the year 1960. That was the year I was able to purchase my tractor. I worked driving a school bus until I could save up the money to purchase a 1953 Super A International Farmall from a man in Talladega, Alabama. I paid $900 for the tractor plus some equipment. I have rebuilt the engine three times and in my opinion, there is no better tractor than my international. I maintain three gardens and we grow and harvest everything from corn to watermelon. Being able to retire those mules has been one of my greatest blessings.

$8.00 off  Delivery on your retail order of $49.01* or more in the contiguous U.S. Economy and Standard delivery only.

* Taxes and delivery not included in total. Coupons are not redeemable on special order items or gift cards, and cannot be combined with other special offers or sales.

This 1945 Farmall A was my first vintage farm tractor. I bought it for $900 in April of 2018. I believe it’s all original. We drove 3 hours to Eastern Connecticut from Cape Cod.

I had it running the night I got it home. The first thing I did was check over the whole tractor. It was running really good but it has been sitting in storage for 20 years. I removed the oil pan. It was full of sludge at the bottom. After changing the oil I replaced the spark plugs, cap, carburetor, and gear oil. Almost half of what drained from the transmission was water. The next part was the muffler that was completely rusted out.

I had it all ready a week before the Fourth of July parade in my town. Not soon after the bearing in the fan pulley seized. Thanks to Steiner Tractor I had the part shipped next day with only 2 days left until the parade. The morning of the day before the parade I received the fan. My Farmall made it through the whole parade and then some without overheating and ran great. Thanks Steiner Tractor

This is a 1949 Minneapolis Moline ZAU that was the first tractor my Dad, Norbert Zangl, bought after farming with horses on the Zangl family homestead since the mid 1930s. It was purchased from Otto Neumann Steam Engine Company of Fond du Lac, WI in 1949 for the price of $1350. That price also included the corn cultivator.

I inherited the tractor after doing a large welding job for my Dad. When he insisted on paying me I told him I’d rather have the “Z”, as it was always called. After stopping in the field in the mid-1980s, it had been coaxed to the fenceline and that’s where it sat for 7-8 years. Sometime after that it was pulled into an old storage shed with a dirt floor, and sat there for another 6 years. When I towed it out in 1997 the tires were sunk in the ground up to the rims.

I worked on it off and on for 10 years, taking it apart down to the last nut and bolt, cleaning the parts by hand, burning out one drill, and going through so many wire brushes I finally lost count. I bought a second tractor to use for engine parts, fenders, etc. Total time on restoring just the tractor was 700 hours.

In April 2008, when it was finally done and ready for painting, we had a garage fire. The Z was still up on blocks only needing new tires and couldn’t be moved. Luckily the fire never made it to that corner of the building, and it was saved. Painting was completed by Capital Painting of Waupun, WI in July of that year. The corn cultivator that Pa bought with the tractor was restored during the winter of 2011-’12; and the hay mower, purchased in ’54, was finished in July of 2013.

In the August 2008 the Z made its debut at the MM National Summer Show in Burnette, WI sponsored by the Dodge County Antique Power Club. Now that it’s completely restored, it’s only used for parades and display at tractor shows – a well deserved rest for Pa’s first mechanical horse.

*This photo is a winner of the Steiner Tractor Parts 2020 catalog photo contest.

The Krog family baling wheat straw with 3 super MTA tractors. We use it for livestock bedding.

Brian Krog picking corn with 1954 Super MTA and 1969 IHC picker. We do this every year to feed cattle. 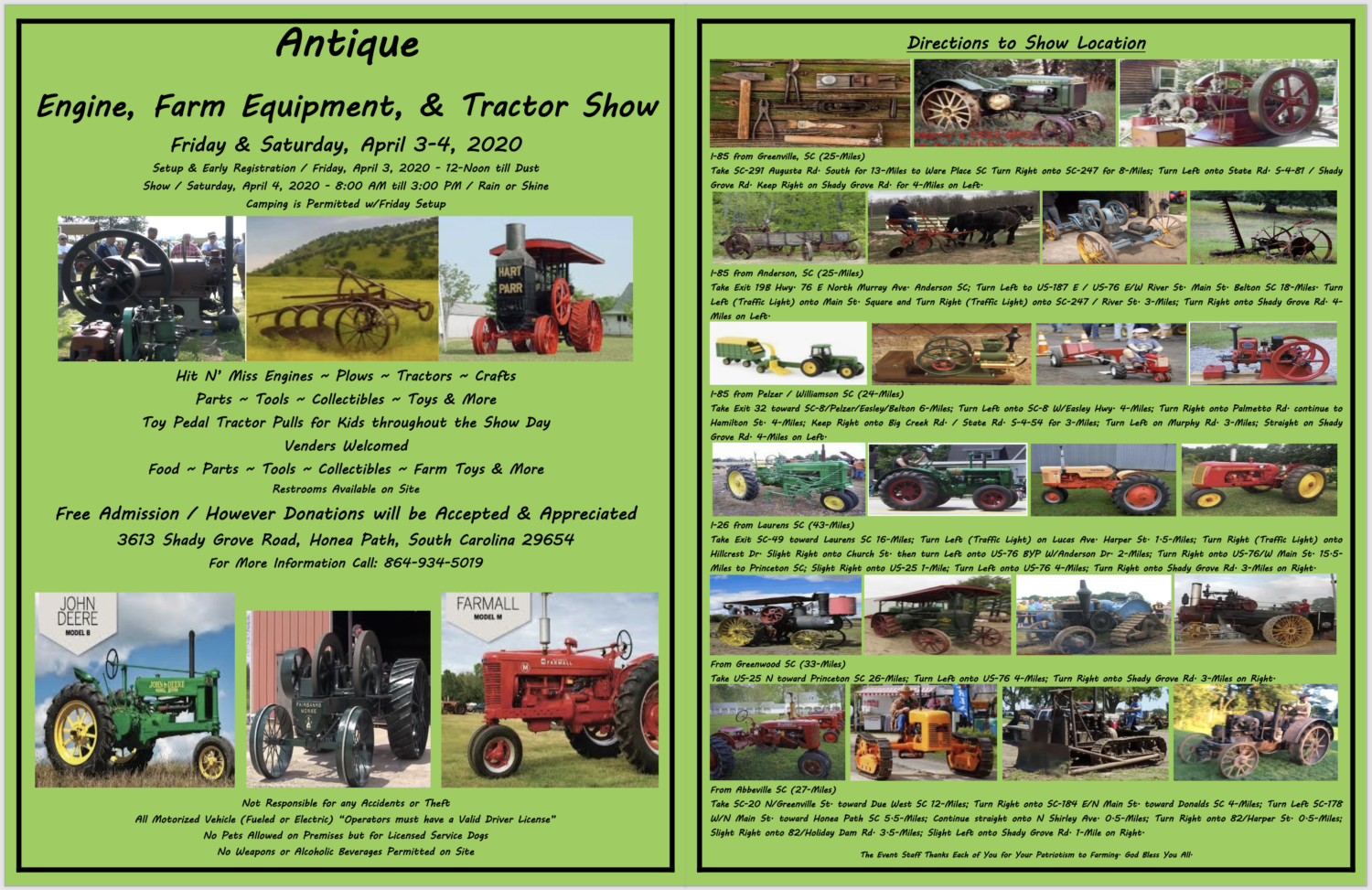